Grabbel and The Final Cut

Grabbel and The Final Cut were a first-wave shoegaze / noise pop band active in the 1990s. They formed in their hometown Lüneburg, Germany in 1989 and consisted of band members Stefan Zachau (guitar, voice), Gernot Dornblüth (bass, voice), Sascha Kotzur (guitar, keyboard) and Christian Grabowski (drums), whose nickname “Grabbel” was an inspiration for the band’s name, obviously.

Influenced by bands such as The Jesus And Mary Chain, My Bloody Valentine and The House Of Love, their early sound transformed from a darker, Joy Division-like and keyboard-driven style to a more noisy guitar-pop approach, similar to British bands of the classic shoegaze scene that emerged during the same period.

With a handful of self-distributed, cassette-only releases Grabbel and The Final Cut stayed unsigned until their demise in 1996 and thus remained largely unknown (with the exception of their local Hamburg / Lüneburg region, where they played quite frequently).

However 15 years later, in November 2011 Mike Sniper, owner of the Brooklyn, New York based Captured Tracks record label, stumbled across the band on the Internet and decided to give their Get Your Feet Back On The Ground EP a proper release, which saw the light of day on January 24, 2012 (Captured Tracks cat. no. CT-136/SA-4).

Grabbel and The Final Cut took this opportunity to revive the band. They are playing live again and have started working on new material for prospective releases. It won’t take another 15 years until these see the light of day, so please stay tuned… 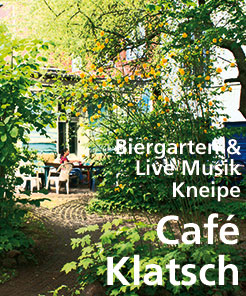